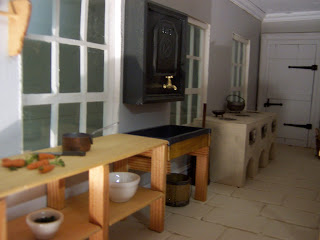 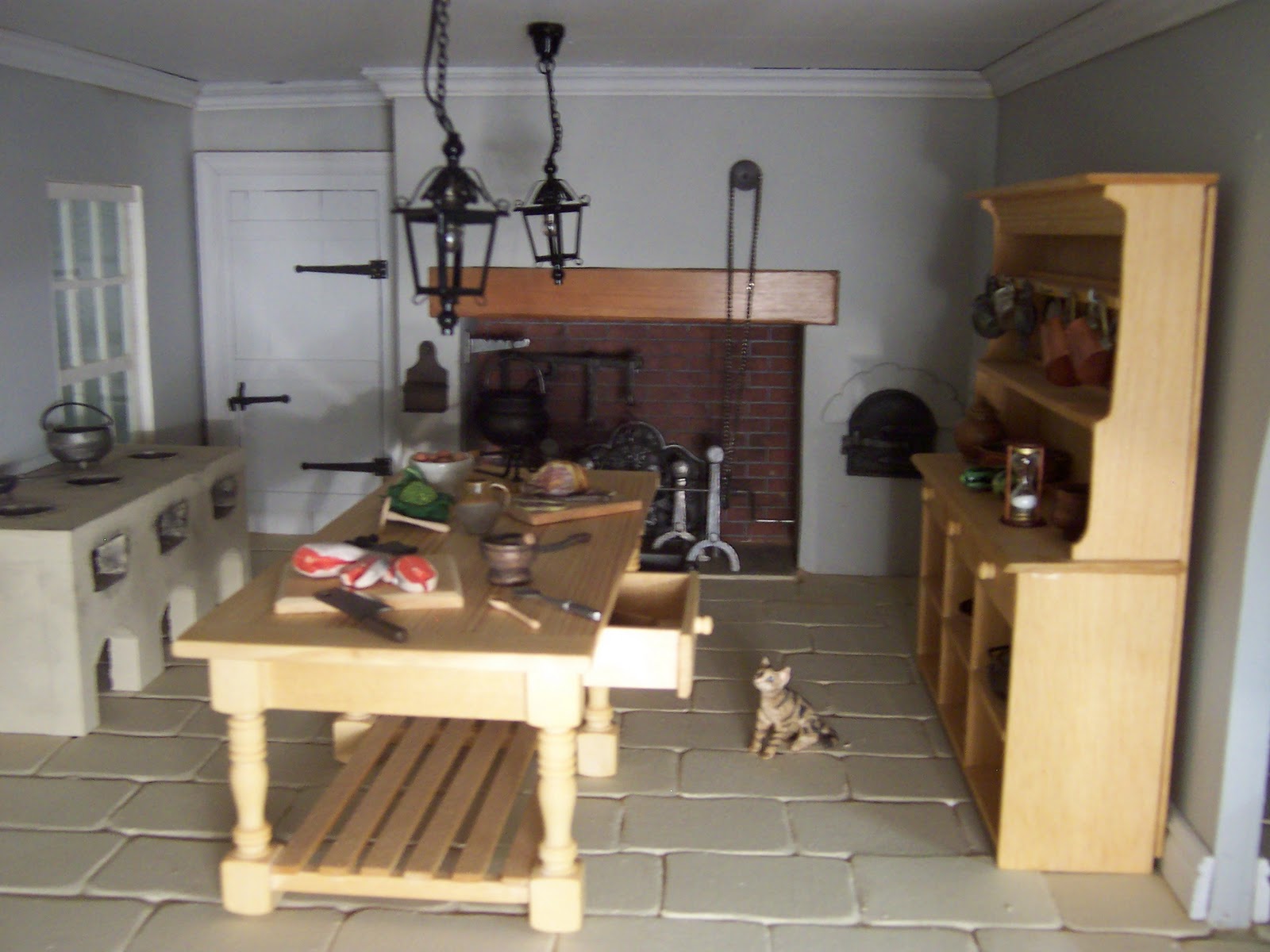 This is the kitchen of my Georgian house. It's too big to fit into one photo, as it has a servants hall and pantry to one side, I will post some pictures of those a little later. I'm not entirely sure that a large house like this one would have had a lead cistern above the slate sink, but by the mid 18th century houses in London were being served with a limited supply of Thames water (ergh!). The water was pumped, untreated, straight from the river, and fed through elm wood pipes to homes that could afford to pay for it! from what I understand it was used more for washing than anything else, certainly not something you would want to be drinking! The curious object on the left hand side of the picture is a stone stove, a forerunner to the range cookers that were to follow. Hot embers from the fire were placed on griddles at the top, and food was cooked over them, a bit like a barbecue. and the ashes would be raked out of the holes below. logs would be stored in the lower arches ready for burning on the fire.Most food was still being cooked on open fires, with cranes to hang cauldrons and trivets from, and a spit for roasting the meat. The spit may have been turned by a boy, or a dog in a turnspit (wheel), or with time with a clockwork jack.
Posted by Andy at 19:41