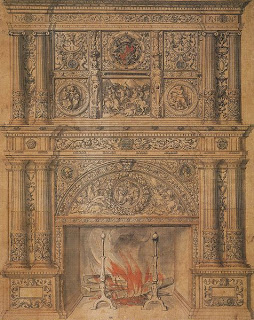 As interior design has changed over the 400-500 years since the Tudors, it is hard to find truly authentic interiors, however, by looking at rooms that have been recreated, rooms that have stood the test of time, and individual pieces of furniture it is possible to make a reasonable guess as to what thing might have looked like.

The picture above is a design  by Hans Holbein for a fireplace for Henry VIII. I don't know if it was ever actually created, but you can see that it is highly decorated, with rich carved detail and those classical elements which were slowing creeping in from Europe. It is also HUGE! This was a feature of many fireplaces in the Tudor period, but only for the very rich of course! 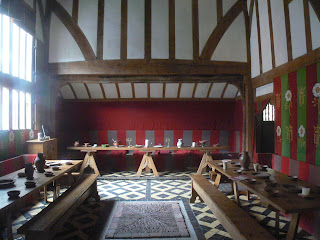 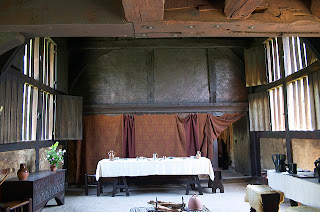 In the early Tudor period a country squire or lord of the manor was probably living much as he had done in the Medieval period, with daily life focused mostly within the great hall. It was during the reign of Henry VIII that the families of these households began to retreat further into their own private rooms. Houses were extended and the great hall became less important. Sometimes an extra floor was inserted, reducing the height of the hall, to make private rooms above for the family. These private rooms were often referred to as the solar. 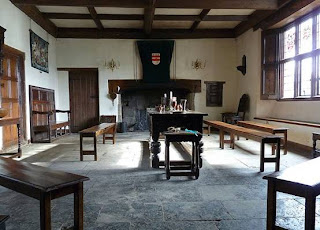 Furniture was fairly simple for all but the very wealthy, simple benches, stools, and settles with a table or two. The fire place was replacing the open fire in the centre of the hall by this time too. 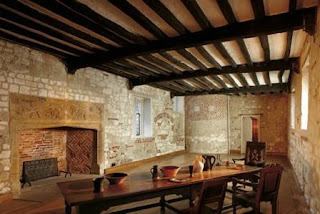 There isn't a great deal of comfort evident in these rooms. Soft furnishings were rare, but beds were becoming more common in houses by this time. having said that, even these weren't always comfortable, and were usually shared. It was still an expensive item, so only those with the means could afford them. Sometimes a pull out bed was stored beneath the main bed, known as a truckle bed, and might have been used by a trusted servant, whilst the master or mistress slept in the main bed. 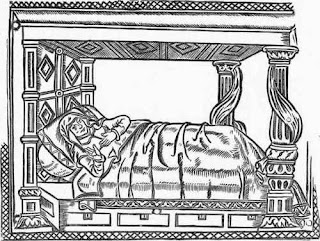 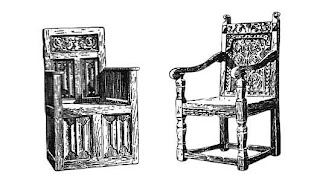 Here are some illustrations of furniture you might have found in a Tudor home. Note how the wood is carved with lots of decorative motifs, the Tudors liked their decoration! 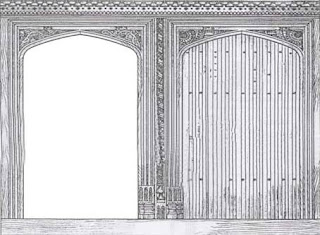 This is typical of the type of door used in many buildings during the Tudor period. The arch way is even called a Tudor arch! Walls were often panelled with wood. This again was often decorated, sometimes with carved details, a particularly popular design was called 'linenfold' which as the name suggests was designed to look like folded linen. 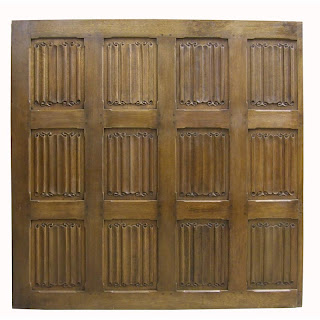 and sometimes the panelling would be painted 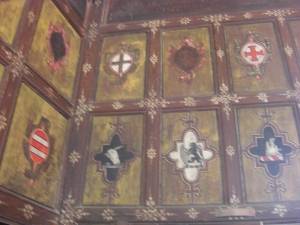 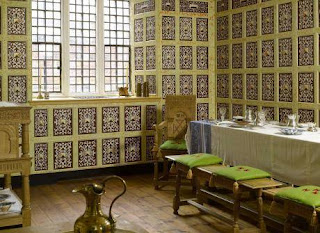 So the wealthier Tudor did begin to enjoy a little comfort in the home! as the picture above shows. Bigger windows also allowed more daylight into the rooms. Tapestries were also frequently used as wall coverings in wealthy Tudor houses.

Life was not quite so comfortable for the servants. 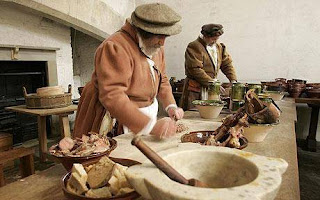 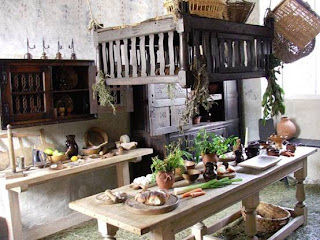 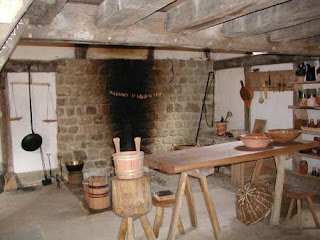 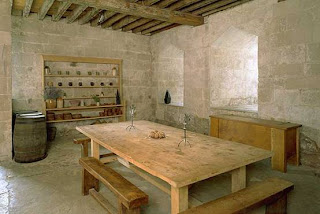 Some examples of Tudor kitchens. I think the last one is actually a reconstruction of a Tudor cottage interior. 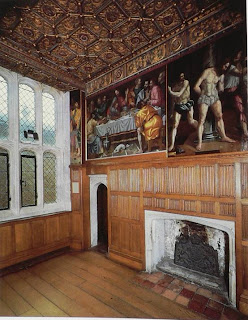 This picture is taken from Wolsey's private apartment at Hampton Court Palace, I love the ceiling in this room! Note the linen fold panelling and Tudor arches! 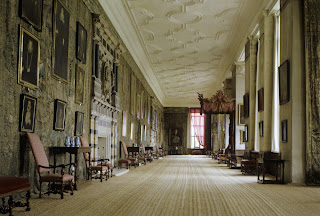 This is the Long Gallery at Hardwick Hall. The great Elizabethan houses were often built with long galleries, which were used for taking exercise. Much of the furniture in this room is from a later date, but the fire place is Elizabethan, and you may be able to see the tapestries on the wall on the left of the picture, which are original, purchased in 1592, but dating back further than that. 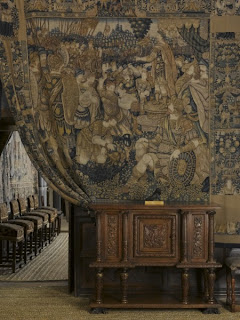 Tapestries were not only decorative, they also had a practical use in keeping out cold and draughts. The cabinet above is the sort of furniture that you might have found in wealthy Elizabethan houses. Flemish tapestries, particularly those made in Brussels were highly prized. 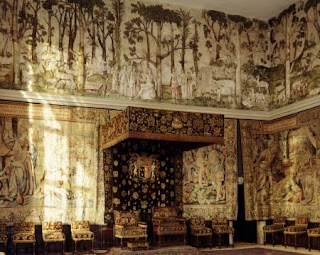 This picture is from the High Great Chamber at Hardwick Hall. Above the tapestries is a plaster work frieze, with raised details. it shows a hunting scene within a wood, and includes Diana the hunter. There are several rather exotic animals depicted, including elephants, camels and  lions as well as deer and hares. The tapestries here were purchased in 1572, but not hung until 1601. It's worth noting that the colours have faded a great deal over hundreds of years, the colours would have been quite vivid at the time! The canopy is a 19th century addition. 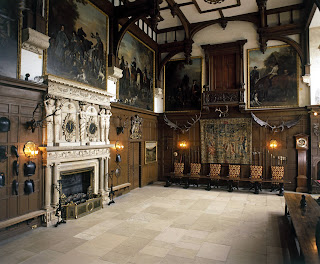 This picture is the Great Hall at Longleat. It has another great decorative fireplace and some rather subdued panelling. It is a large room, but would not have been used regularly by the family or servants. 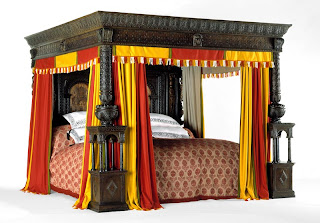 This is the Great Bed of Ware. A famous Elizabethan bed, now displayed at the V&A museum in London. It is much larger than it looks in this picture, in fact it's huge! It may not be typical of beds from the period, but they would certainly have had bed curtains to keep out the cold air. Note the bright colours, these are the sort of colours that would have been popular in Elizabethan England! This bed was probably made for a tavern rather than a private house.
Posted by Andy at 21:34