Early Tudor building didn’t really look much different from those of the late medieval period. Most houses were constructed from timber frames, using tried and tested building techniques. Local resources played a big part in what was used to build a house, if there was a lot of stone easily available in the local area, houses were more likely to be constructed from stone, if there was plenty of clay in the soil, bricks and tiles were more likely to be used in that area, but in general, timber framed houses, in-filled with wattle and daub were the most common type. Roofs would be thatched with reeds or straw. Clay tiles might have been more common in clay rich parts of the country. Lead was used only on the grandest houses and on religious buildings.

The use of local materials, and the fact that few people travelled very far from the places they lived meant that there were many regional variations in the style and construction of buildings in England.
The timber used in buildings was usually left untreated, so appeared brown rather than the black beams we often think of, which have been coated in tar a practise more common in Victorian Britain. Some timber beams were whitewashed with lime to match the wattle and daub filling. But buildings weren’t always left white, sometimes colours were added to the mixture.
Glass was very expensive and difficult to produce in great quantities. When it was used it was in small pieces, held in place with lead.
The majority of the people lived in small thatched longhouses of just one or two rooms. Except for a few stone examples, these have been swept away by time, as they were not built to last. Any surviving Tudor buildings we see today were most likely built for wealthier people, and even these have usually been adapted and altered over the centuries. However, there are still some great examples of Tudor building in England, and I will show some of these now.
Lavenham in Suffolk was a town that grew wealthy from the wool trade in the 14th and 15th centuries, but high taxes on wool (set by Henry VIII to pay for his wars in France) and Flemish weavers settling in England, producing cheaper cloth, meant that the wealth didn’t last, and Lavenham settled into quiet obscurity. Luckily it means that most of the Medieval and Tudor buildings have survived intact, including the Guildhall, built C1529. 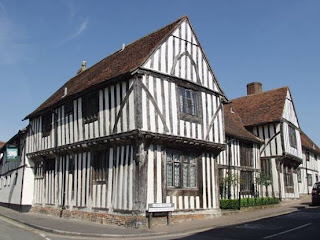 Some of the buildings have settled over time and now lean at odd angles! 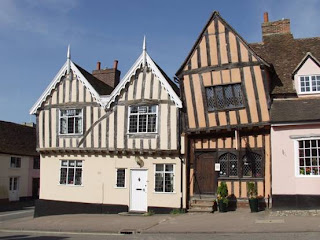 This house is Near Margate in Kent, another view of this can be seen at the top of this posting. Clay was freely available in Kent so many houses had clay tile roofs like this one, and red brick chimneys. 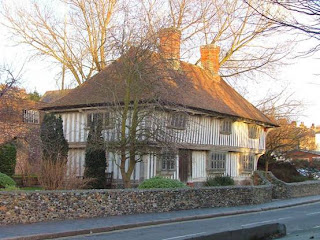 If you are a regular follower of this blog, you've probably seen this building before. The House That Moved in Exeter. a three story Tudor building. 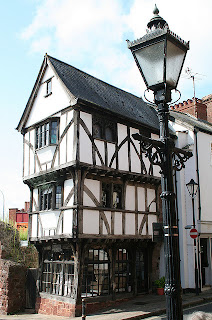 And this is probably the largest and most famous timber-framed Tudor house in England. Little Morton Hall, Cheshire, was begun about 1504 and largely added to between 1540 and 1560 for the Moreton Family. It is a fine example of Tudor and Elizabethan architecture and design. 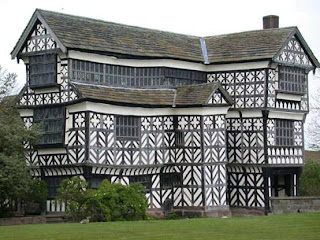 The long row of glass windows on the third storey are part of the Long Gallery, a feature of many great houses during the Tudor/Elizabethan period, used for exercise and playing games. Over the years many were split up into smaller rooms, but the one at Little Moreton Hall has survived.
But not all houses were timber framed, wealthy people could afford to have materials like stone transported, they could also afford red brick, which was expensive to produce, and as buildings moved away from being defencive structures to family homes, more and more glass windows were added.
A good example of a defencive building becoming a comfortable home is Hever Castle in Kent. This was the childhood home of Anne Boleyn, so has close links to Henry VIII. The castle itself was begun C1300, but was transformed into a family home C1500. (another reason to visit Hever Castle is to see the fine doll's houses built and furnished by John J Hodgson in the Guthrie Miniature Model House Collection!)
Another house with a defencive moat around it, also in Kent, is Ightham Mote. Begun in the 14th century, with additions over the next 600 years. the biggest changes were in the 15th and 16th centuries.

Other houses built or added to in the early Tudor period include;
Haddon Hall in Derbyshire, built between the 12th and 17th centuries 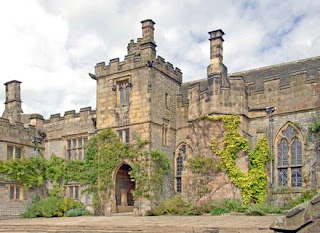 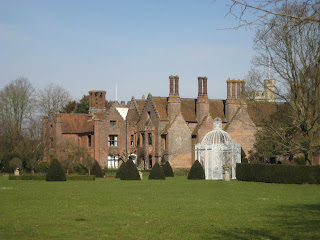 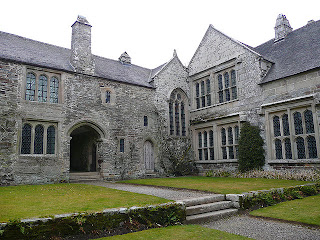 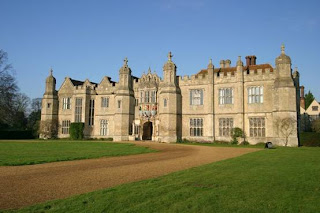 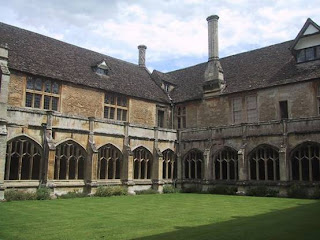 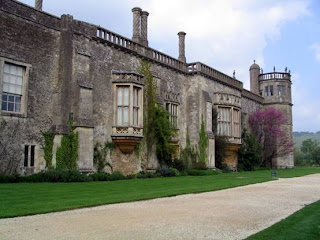 Henry also built a great palace to celebrate the birth of his son and heir Edward in 1538. It was also built to rival the palaces belonging to the king of France. Nonsuch Palace represented the finest in Tudor art and architecture. Sadly it was dismantled and the materials sold off in 1690 by Charles II's mistress to pay off debts run up through gambling. It was covered with stucco panels and statues depicting Greek and Roman gods. It must have been quite something!

Fortunately there is this model, made by Ben Taggart! 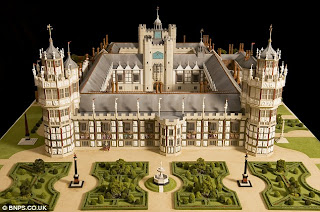 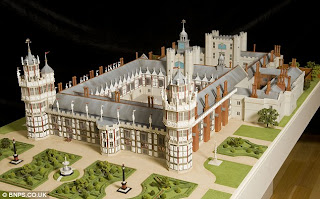 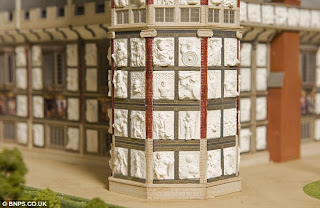 Part 2, Elizabethan architecture up next!
Posted by Andy at 19:19