Before I show you what I have been up to in Mini Land, I thought I would show you a few more snaps from our little holiday in Norfolk, as some of you were so kind to say you'd like to see them!! ;)

First of all I wanted to tell you about a church in Cambridgeshire that we visited on the way home. I have heard of this church many times and have longed to see it personally, so when I realised it was on my route home, if I deviated a bit, I could pop in and see it. 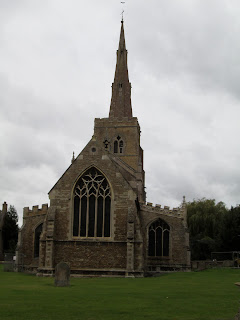 The church is called St Wendreda's, in the small market town of March in Cambridgeshire. Admittedly,  it doesn't look all that special from the outside; attractive with its stone spire, but nothing out of the ordinary. Well, it isn't the outside I waned to see.

What we weren't expecting was that the church appeared to be closed and locked up. I was a bit sad that what I had always wanted to see was not going to be possible, but luckily, although the church was officially closed whilst building work was being done inside, the builders kindly let us come in to look around and take a few photos.

But what was it I wanted to see? well St Wendreda's has a particularly beautiful double hammerbeam roof, though that isn't exactly why it is famous, nor why I wanted to come. It is what is on that roof that makes this church so attractive.

Sadly, my camera lacked the power to take a really good image, here are some of the better ones. 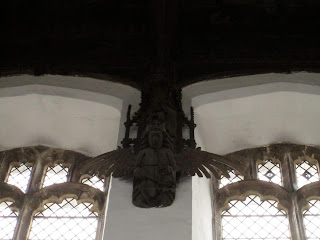 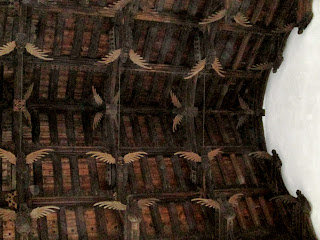 Yes, it is the angels for which this church is well known! The ceiling is full of them, winged sentinels who look like they might lift off the roof and fly away with it at any moment. I am not a religious person, but there is something deeply moving about all these angels, and I am so pleased I finally got a chance to see them.

I found a few other photos of the roof on the web which show the angels a bit better than my pics do. 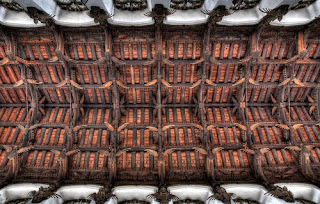 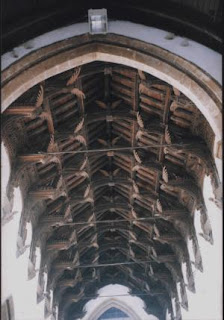 Here are a few other snapshots of places we went to on holiday, in no particular order.