Outside the Old Swan Inn 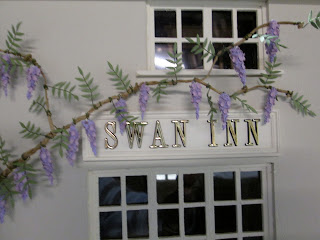 I said in my last post that I had been working a little on the outside of the Swan Inn, my dolls house pub.

The biggest and most time consuming project has been making the wisteria that I wanted for the exterior of the pub. I bought it at the Thame Dolls House Festival, way back at the beginning of this year, from The Miniature Garden Centre. The lady who sold it to me did warn me that though the kit was fairly simple, I would need a lot of time and patience to complete the kit, this was also mention in the instructions!!

Well, I didn't start on it for several months so it hasn't taken that long to make, but it has indeed required patience and time. 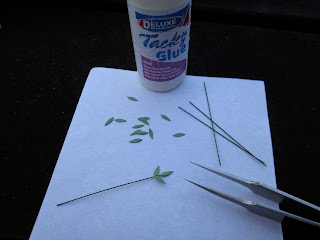 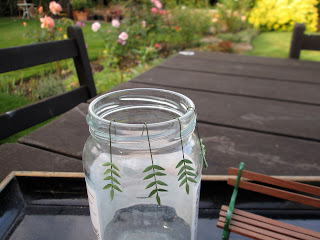 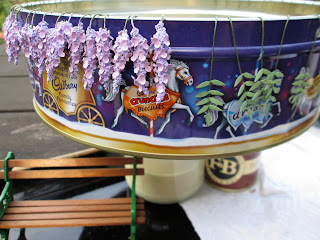 The pics above show the production line of finished leaves and flowers! The next job was to think how to attach all this to the pub itself. 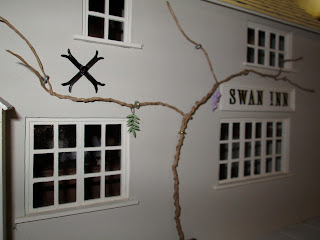 The kit included paper covered wire, which I twisted into a stem and branches. It took a lot of repositioning until I was happy with the arrangement of branches. I then thought about how to keep the wisteria in place, as it will be on the front panel which lifts off to gain access to the pub interior. 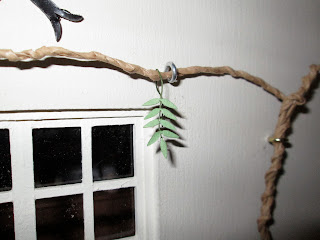 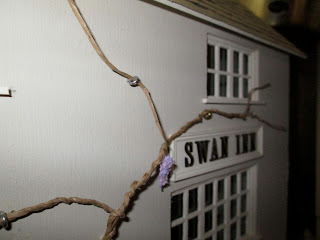 I found a selection of small eyebolts that did the trick, I threaded the wire branches through them and the kept the whole thing in place perfectly! I also tried out a few leaves and flowers on the branches, looks a bit sad at the moment doesn't it! LOL.

You might also have noticed the sign with the pub's name attached, I made this during the summer too, The letters came from Hobby's in London.

I painted the eye bolts a shade similar to the branches to disguise them, using enamel paint. Once that had dried I was ready to add the leaves and flowers to the branches, the end was now in sight! 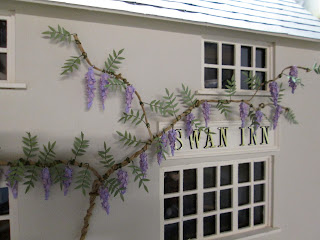 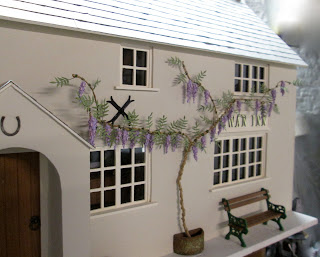 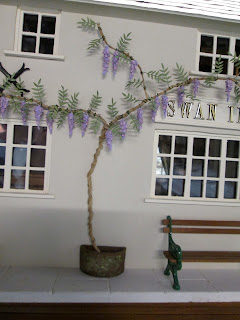 I think it looks pretty good myself, it may not be as perfect as the original one I saw at the show, but I am very pleased with how it turned out, and it really makes a feature on the front of the building. The wisteria pot is wired to the front panel too, so it also comes off when you remove the panel.

You might also have noticed the little bench, bought as a discontinued item (therefore reduced!!) from McQueenie's Miniatures, which I have painted and polished. 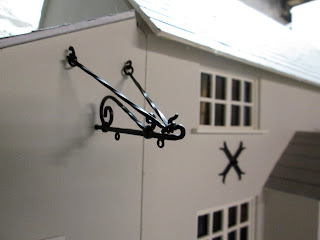 I have also added a hanging bracket for a pub sign, which I have yet to make. The bracket is from Black Country Ironworks. 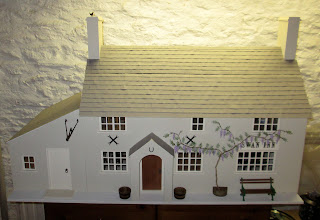 And finally, here is how the pub looks now!! Worth all the effort I think, now I need to get some plants to put in the tubs by the porch!
Posted by Andy at 22:27